On the afternoon of June 24, Dak Lak Department of Culture, Sports and Tourism held the 3rd Conference on honoring typical individuals and collectives in 2020. Attending the Conference were Mr. Trinh Dung - Deputy Head of the Propaganda Department of the Provincial Party Committee; leaders of the Department and centers, civil servants and public employees. 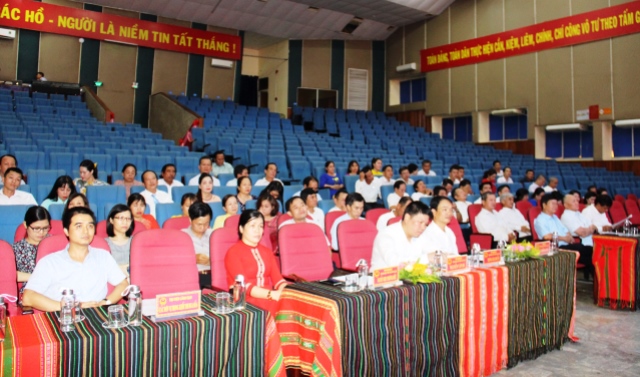 In the period of 2015 - 2020, to carry out the emulation movements of the Department, collectives, cadres, civil servants, public employees built specific actions and plans. Many collectives and individuals well perform their assigned tasks. Good traditional cultural values are preserved and promoted, propaganda activities are organized with various contents and forms, contributing to creating a positive political atmosphere. 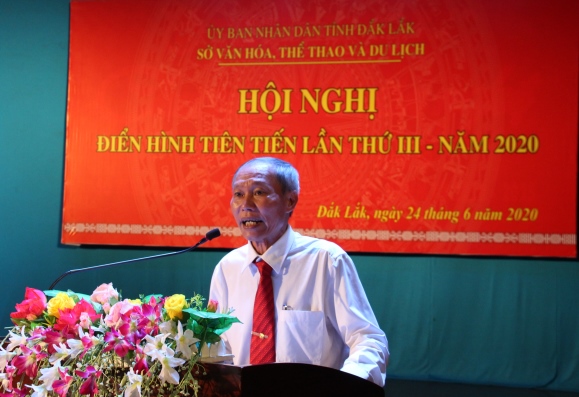 Mr. Thai Hong Ha - Director of Department of Culture, Sports and Tourism speaks at the Conference

The sports movements are being constantly expanded. Sports activities have got many good achievements at the national and international levels. Some athletes reach the level of Asia and the World. The quality of tourism services receives a high attention. The movement "All people unite to build a cultural life associated with the movement of new-style countryside building program has received the attention of the Party committees and local authorities. 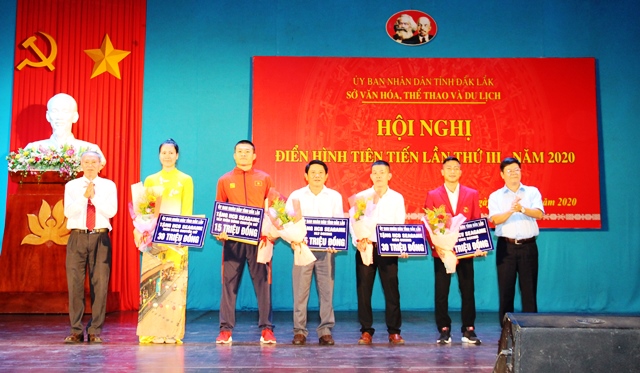 Praising for excellent coaches and athletes

State management in the field of Family has been strengthened; communication activities on family work and domestic violence prevention and control have been promoted, contributing to significantly reducing domestic violence. Sports movement in the province has strongly developed, a large number of people actively responded. Every year, the Department of Culture, Sports and Tourism organizes from 17 to 22 provincial sports tournaments, supporting in the professional work to help all levels and sectors organize many mass sports activities. 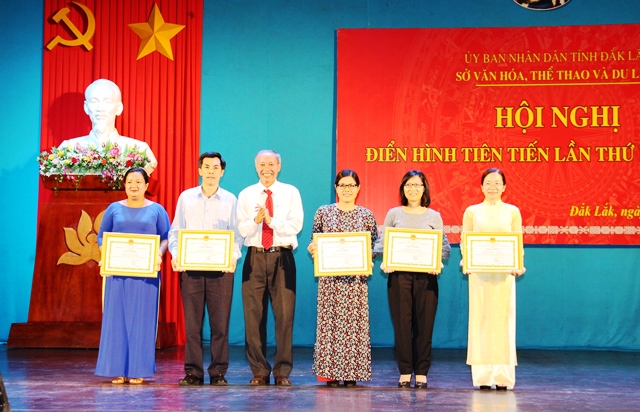 The Department’s Council for Emulation and Rewards has submitted to the competent authority to reward the Second - Class Labor Medal to the Sports Training and Competition Center; Third-class Labor Medal to Mr. Pham Tam Thanh - Former Deputy Director of the Department (01 First-Class Medal to the Department and Third-Class Medal to Mr. Vo Thanh Danh, Former Director of Training and Exam Center was submitting in 2019), Certificate of Merit of the Prime Minister for 11 individuals; 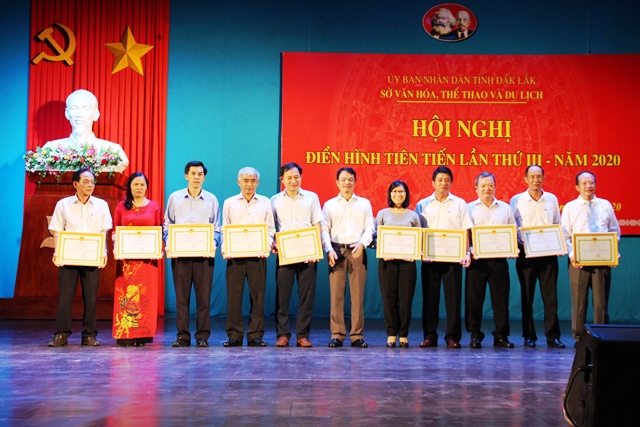 Honoring outstanding individuals in the 2015-2020 period 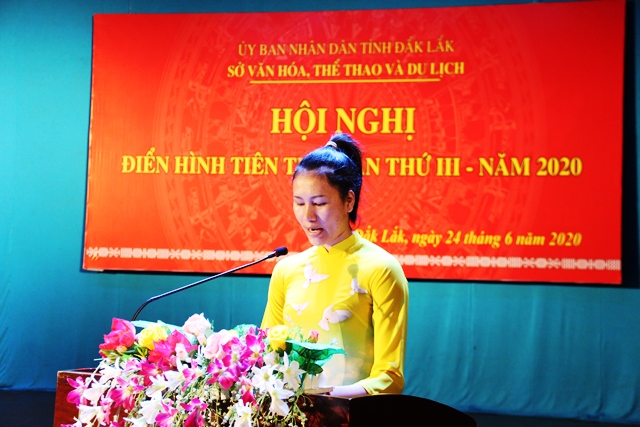 Athlete Nguyen Thi Trinh gives a speech at the Conference

Strengthening activities of preserving and promoting the heritage; promote propaganda about the management and protection of cultural heritages; changing the form and content of exhibitions and displays associated with advertising activities to attract tourists; making a master plan for the historical relic area of the resistance base of Dak Lak (1965-1975), Krong Bong district; making a plan to preserve and promote the house No. 71 (57) on Ly Thuong Kiet Street. 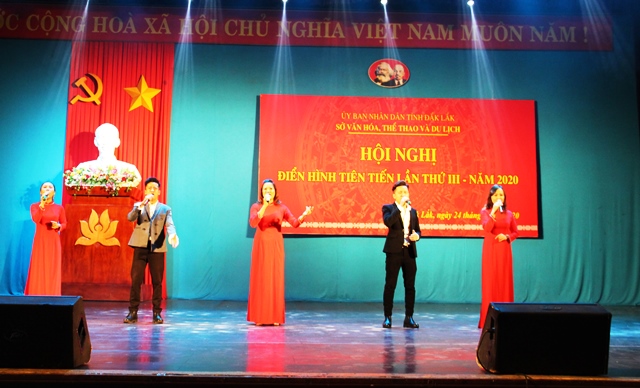 Art performance at the Conference

Improving the effectiveness and efficiency of the state management on cultural affairs; well implementing propaganda, organizing cultural and artistic activities; exhibiting and showing films for political tasks and celebrating holidays of the country and the province; organizing Buon Ma Thuot Coffee Festival every 2 years; Program No. 4980/CTr-UBND dated June 28, 2017 of the Provincial People's Committee on performing gong culture to serve the locals and tourists (two sessions every month); holding the 18th propaganda festival in 2022 and the 19th propaganda festival in 2024.

On this occasion, the Department held praises for excellent coaches and athletes at the 30th SEA Games; rewarded 5 collectives, 42 typical individuals and launched the provincial patriotic emulation.

Print Department of Culture, Sports and Tourism holds 3rd Conference on honoring typical individuals and collectives in 2020
Other news
Map